And all I got was a lousy candy cane... 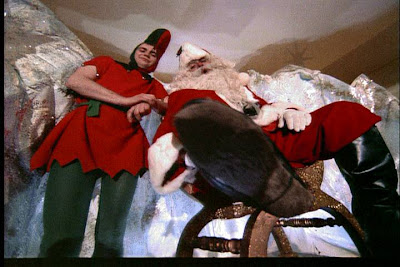 When I was a kid, I knew another kid who peeled dried glue off his fingers and kept the scraps in a stolen interoffice envelope that said "Property of Robert Elementary School".

I also knew a girl who didn't know what Single File Line meant.

I knew a kid who stole caterpillars from the classroom science station and tried to grow 'em in his own room. When they died, he returned them to the classroom and none of us kids were ever able to believe that butterflies could emerge miraculously from a pile of dead worms.

I knew a bunch of undeserving brats who got a boatload of cool shit during the holidays, and it sucked. All I ever got from Santa was a boot in the face and a ride down a red slide at the mall. Oh, and a freakin' candy cane if my parents bought 5" x 7"s from the pimply elves!
Posted by Sylvia C. at 6/16/2008 1 comment: Links to this post